Fashion for star athletes is not limited to special edition sneakers or Super Bowl rings. There are many  NFL players who have good taste in the accessories that they choose to wear.  More players are being signed on as ambassadors for luxury products, here I have listed a few of the top NFL athletes and the watches they wear.

Tom Brady has led the New England Patriots to 4 Super Bowl Champioships and is a 3 time Super Bowl MVP.  Tom recently signed to be an Ambassador for Tag Heuer and is now wearing the new TAG Carrera 01 chronograph

Darrelle Revis is known for his tremendous athletic qualities as well as his impeccable taste in fashion watches. His preference is the Ulysse Nardin Gold. This is one of the most elegant watches and it is a limited edition so there aren’t that many of them in circulation.

Eli Manning is a spokesperson for the Citizen Eco Drive. He is frequently seen wearing his platinum that features a black dial proudly. Eli appears on the advertisements for the Eco Drive as a part of their marketing campaign. 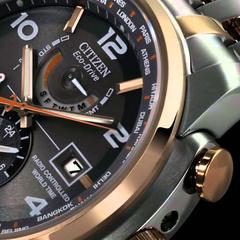 Known for his role as quarterback for the Green Bay Packers, Aaron Rodgers also has impeccable taste in luxury wrist watches. He wore a Roger Dubuis watch when he attended the ESPY Awards in 2011. The Excalibur Chronograph was his choice in a stainless steel. He’s been seen in this watch on a few occasions. He has also been seen wearing a  Patek Philippe Calatrava with mechanical self winding movement in a rose gold case.

DeMarcus Ware became popular for his contributions to the Dallas Cowboys team before making the move to the Denver Broncos as a part of their defense. He is an 8 time Pro Bowl selection. The watch that he is most frequently seen wearing is the Rolex Sky Dweller. While this is not the only luxury watch brand that he wears, it is one that he is frequently seen adorned with.

“It’s a great Christmas, especially for me, getting that luxury watch from Big Ben,” Gilbert said. “We take care of him and he’s always done a good job taking care of his line. That’s why we like to go to battle for him every week.”