They can be traded and purchased. Their value fluctuates over time — though it mostly goes up — and the more rare, the pricier the timepiece.

So what should we think about when the watch is actually made from a piece of currency? That’s exactly what the coin watch, produced by Corum and Cartier, does. It’s a watch either made by cutting a coin in half while also doubling as the dial. 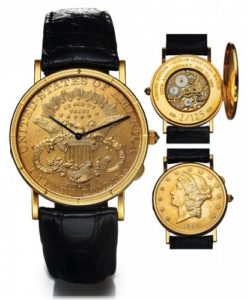 The coin watch works by slicing the coin in half with one thinner half and one thicker half. The watch movements are embedded into the thicker part and then closed with the other half. 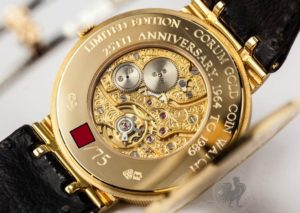 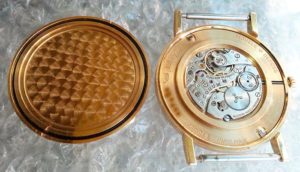 The watch received fame on the cover of Time magazine in 1980 when new president Ronald Reagan was seen on the cover wearing a Corum coin watch under a headline touting his new “Reagonomics” economic plan.

In 2014, Corum made its 50th anniversary coin watch with a silver dollar, 43-millimeter diameter coin with a 42-hour power reserve. Another, more luxurious anniversary option was that made from a $50 gold coin. 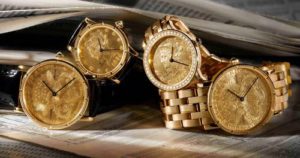 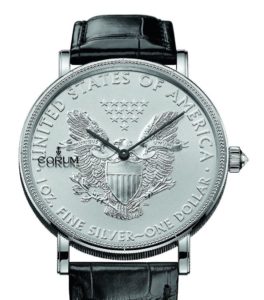 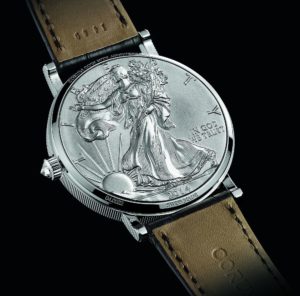 If you or someone you know was able to come in possession of a Corum coin anniversary watch, consider yourself lucky. Only 100 of each model were made, making them a collector’s item for sure. And also meaning their resale greatly value will exceed their value in coin. 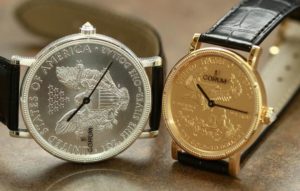