In the watch world, there are many different styles, brands and types of timepieces.

A chronograph is a specific type of watch that is used as stopwatch combined with a display watch. A basic chronograph has an independent sweep second hand; it can be started, stopped, and returned to zero by successive pressure on the stem.

A chronometer’s mechanical movement is close to perfection, so the time it displays is almost always accurate (unlike other self-winding or automatic watches), and therefore carries a premium price over non-chronometer watches. The 15 days of rigorous tests conducted by the COSC include testing its performance under different temperatures, different positions and even under water.

A chronograph designation is often confused with a chronometer one, though they are completely different. A chronograph is basically a watch with stopwatch capabilities. It displays different counters or mechanisms for measuring elapsed time. Counters can register seconds, minutes and hours. This gives its owner the ability to time anything he wants.

A watch of flight

President Dwight D. Eisenhower, a renowned watch collector, had ordered that with the evolution of space exploration by NASA, all test pilots and astronauts would be required to wear a chronograph on their wrist. On April 15, 1970, just 56 minutes after launching and 200,000 miles from Earth, an explosion occurred aboard Apollo 13 that crippled the shuttle and resulted in what NASA believed was going to be the certain death and loss of Apollo 13’s three astronauts and the capsule they were flying blind in.

As the world watched and waited helplessly gripping the edge of their seats, two days later, on April 17, 1970, the astronauts returned safely to earth, thanks to the Omega Speedmasters they were equipped with due to Eisenhower’s order. 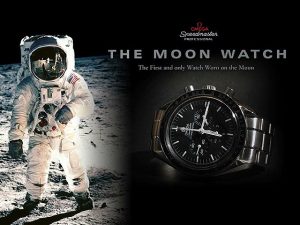 Today, the vast majority of commercial, civilian and military pilots wear chronographs, on the off chance their systems fail and a simple mechanical watch is needed to save them and any other souls on board their aircraft.

The Chronograph continues to be one of the most popular and sought after watches, yet it is also one of the most underutilized and misunderstood complications. While an exceptional number of young men under 40 specifically seek out Chronographs; studies show that the vast majority of these consumers either don’t understand their intended use, don’t know how to operate the function, or simply never use it. As with any complication, it can significantly increase the price of the timepiece in comparison to its base model, but unlike many other complications, the Chronograph in addition to a date function is one of the most frequently usable features found on a wrist watch today. 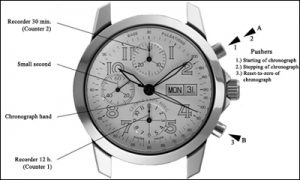 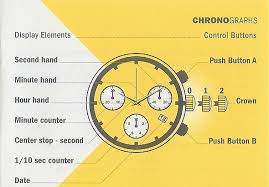 As you can see from the two movements listed below, there is nothing “simple” about a chronograph movement. Lots of  levers, springs and very precise parts go into making a great mechanical movement. 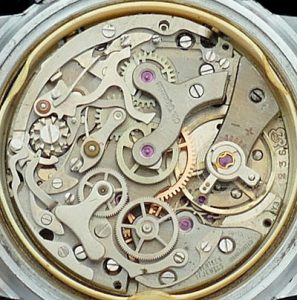 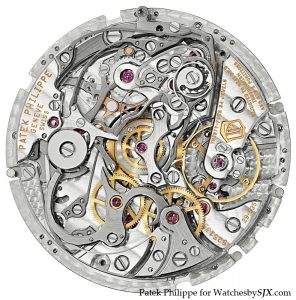