When we talk about space exploration and watches, the conversation quickly leads to the Apollo Program and the Omega Speedmaster. However, we do know of watches and indeed men that made it to space earlier. One such man, Mr. John Glenn, died last week  at the age of 95 after a lifetime of achievements, including becoming the first American to orbit the earth.

What many may not know is that he did so with a watch strapped to his wrist – but that doesn’t mean it was a wristwatch. John Glenn orbited the earth wearing a Heuer stopwatch, on his landmark flight on Mercury-Atlas 6, in a vessel named Friendship 7, in 1962. The previous two Mercury flights were sub-orbital, and Glenn was the first astronaut to actually achieve earth orbit

The first Swiss watch to make it into space was not an Omega or even a Breitling, it was a Heuer – model 2915A, a stopwatch. This was not a known fact for many years after Glenn returned to earth and the details were uncovered. 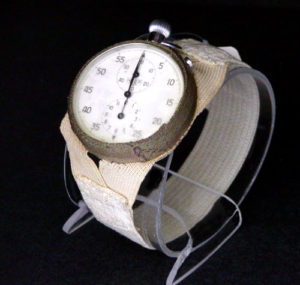 John Glenn, shortly before the launch of MA-6, walking from crew quarters to the vehicle that will transport him to the launch-pad. Note the Heuer stopwatch, on Glenn’s right wrist / forearm. 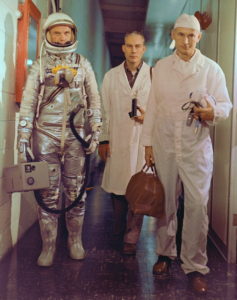 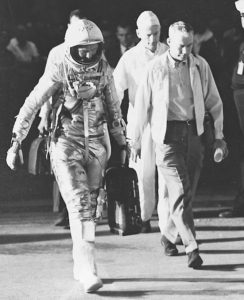 Overall view of astronaut John Glenn, Jr., as he enters into the spacecraft Friendship 7 prior to MA-6 launch operations at Launch Complex 14. Astronaut Glenn is entering his spacecraft to begin the first American manned Earth orbital mission. 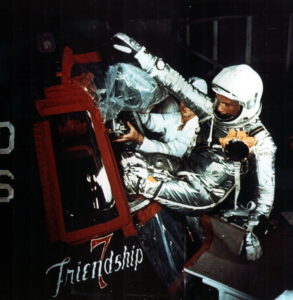 Below is the description of this stopwatch, from Heuer’s 1961-62 catalog, along with an illustration of the watch. How fitting that Heuer referred to this one as a “Long Range Timer”. 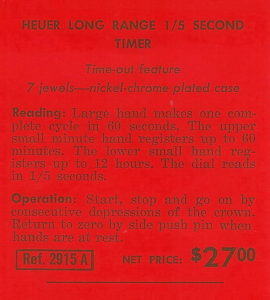 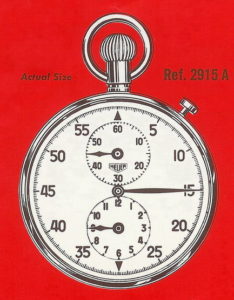 Sample of the Heuer stopwatch 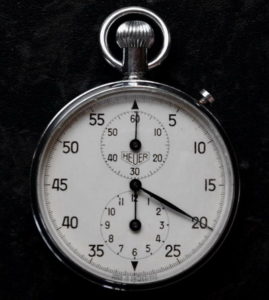