Luminous watch hands have been in use since around 1910.  Originally the hands were treated with radium which is a radioactive substance that was painted on the hands. This material would glow an entire night, making this a real advantage in early watches.  Unfortunately this material was highly radioactive and was a major health issue for the workers that applied the paint at various watch companies.

For more info, read my blog post on the “Radium Girls”

Watches with Radium on Dial and Hands “The Radium Girls”

By the 1960s the amount of radium used in watch dials was one-hundredth the amount used in the early 1900s; in 1968 it was banned altogether. Another radioactive material started to be used at this time. Tritium is significantly less radioactive than radium, meaning it was safe enough to be painted onto watch dials for decades. In the  early 1990s new even safer alternatives — still used today — took its place.

Pigments based on photoluminescent material (like strontium aluminate) are what are most commonly used for watch lume today. This non-radioactive material is painted onto hands, numerals and dials, then glows in the dark by absorbing light then re-emitting light. The downside, compared to radioactive materials, is the longevity of the glow in the absence of light — the glow usually only lasts about seven hours or so in darkness. Swiss brand Super-LumiNova, founded in the early ’90s, brought the method into the mainstream and today is one of the largest suppliers.

Tritium has made a comeback of sorts, though not as a paint. Essentially, tritium in gas form is encapsulated in borosilicate glass that has been internally coated with a phosphor layer. The tritium gas undergoes beta decay, which releases electrons, causing the phosphor to glow. Though still radioactive, the gas poses less risk than tritium paints by way of its being encapsuled. A handful of watchmakers are known today for using tritium gas tubes, like Ball, Luminox and Marathon — specifically for tool watches, because their luminescence doesn’t fade away after a few hours like Super-LumiNova. However, with a half-life of just 12 years, after about 24 years only a quarter of the radioactive material is left; thus, tritium gas tubes glow dull enough to require replacement.

Electroluminescence is the production of light as a result of an electrical current passing through a phosphor. In a watch, a glass or plastic panel is coated with an electric conductor and a phosphor, then is mounted behind the dial. At the press of a button, an electric current is delivered, causing the phosphor to react, acting as a backlight. Timex’s Indiglo is the most notable use of this type of luminescence in an analog watch. The company patented the technology in 1992, making Timex one of the few producers of analog watches with this type of lume

How to replace the luminous on watch hands 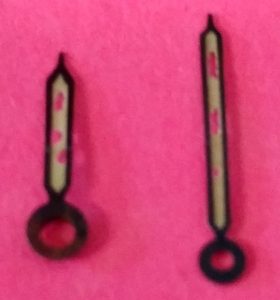 The first step is to remove all of the old luminous material and clean the hands as best possible.  The material is normally very easy to remove, using a light brush will remove the old material very quickly. 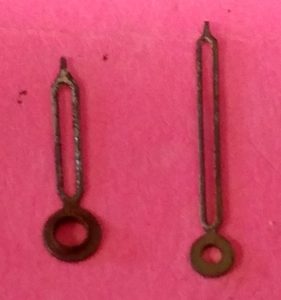 The luminous material comes in a few different colors.  Below are 3 colors, bright green, light green and white.  The liquid bottle on the right is the catalyst agent.  It is a sticky liquid that is mixed with the luminous powder that is applied to the hands. 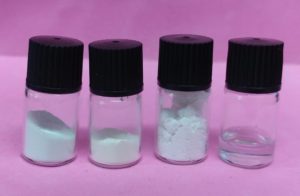 The mixing process is done in this glass bowl, you just sprinkle out some of the color then add some of the liquid, mix it up with an oiler and you are ready to go. 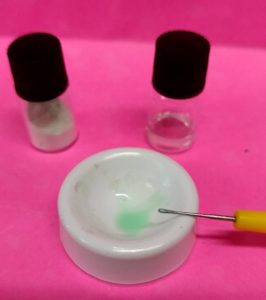 The liquid material is applied to the underside of the hands and left to dry.  I normally apply 1-2 light coats to get the desired coverage.  It dries fairly quickly. 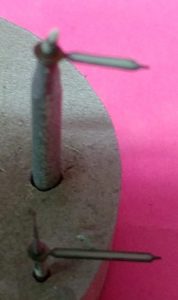 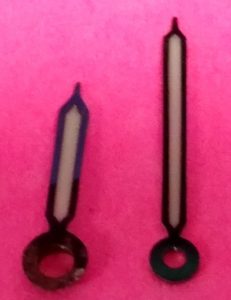 Informatio taken from the following websites: